If you haven’t noticed, over the weekend I changed up the colors of the site and the layout of the homepage a little bit. You can thank YouTube for the soothing grey background which I’ve stolen borrowed from them. I think the grey is a little easier on the eyes and makes viewing the site more pleasurable.

On the homepage I got rid of the Computer Search image and moved up the Recent Comments list so it’s more visible without scrolling. I also added avatars to the comment listings and extended it to show the 25 most recent comments instead of 5. I think this helps by encouraging more discussion and makes the site more fun. 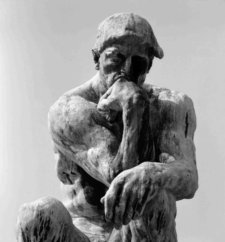 Anyway, as I was working on these changes I had some time to reflect and think about the direction I want to take the site into the future. The original plans with the site were to have it be a database of card scans for all card games.

But upon further research, I realized there are a ton of other smaller games out there – like Naruto, Maple Story, Redakai, etc. – and many more that have ended up failing over the years. I have little intention of trying to catalog all those games on this site. I don’t even know if I’ll expand beyond Pokemon at this point. Pokemon is the only game I really know and feel comfortable working with; any other game is a little more of a mystery/crapshoot to me.

I only want to focus on games that are established and will hopefully stick around for a while longer. I see little point in documenting something like the Need for Speed TCG when nobody cares about it. If nobody peruses these obscure games, then I’ll have little motivation to work on them, so I need to stick to the popular games to draw traffic.

1. Make it Pokemon TCG exclusive and create separate sister sites in the future.

If we went this route, I’d rename the site to be more Pokemon TCG oriented. The best name I’ve brainstormed so far is PkmnCards.com. Here is a mock-up of the site with that name: 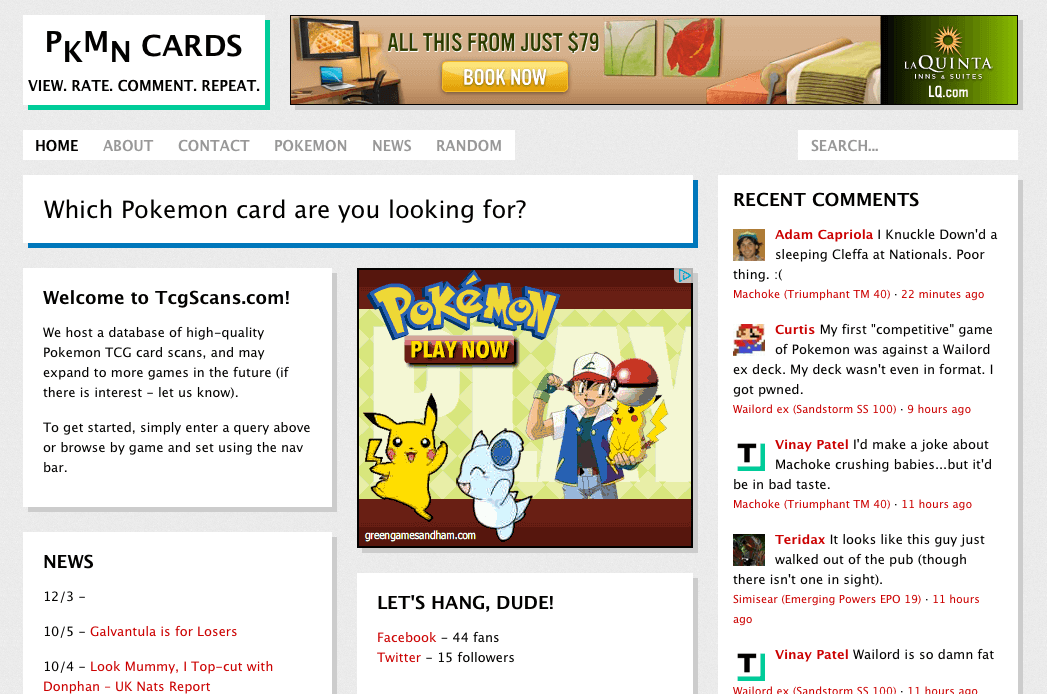 I made the logo as an homage to the old Game Boy games, which I feel brings a certain je ne sais pas to the table. The advantage to having a separate site for each card game is that it would make it a little easier to manage things on the backend, and it allows more customization for each card game in terms of eventual advanced searching features (which I hope to add at some point).

This is model is based off of sports-reference.com, which has sister sites for various sports. They do host college sports databases on the main site, but all the major sports have their own URLs.

I could still possibly keep this URL to host minor TCGs and create separate sites for the major ones, if I was ever motivated enough to do that.

Another advantage to something like PkmnCards.com is that it’s a little more marketable/brandable and could possibly draw more of an audience/following than this current URL. I could also focus more on releasing Pokemon TCG news, and I think forums would be more of a possibility with that URL as well (though not guaranteed).

And even if we never expand to any other card games, then PkmnCards.com is a little better URL to have than TcgScans.com.

2. Keep using this URL and make separate homepages for each card game.

There are a couple ways to set this up on the backend. I don’t know if I really like either solution, but in one scenario, the recent comments list would show comments mixed from different TCGs. Part of the issue there is that we use Disqus for commenting (which I’m a huge fan of) and I can’t filter their comment output.

I definitely do not want comments mixed since I’m sure most of you don’t care about Yu-Gi-Oh or Magic, and we could just NOT use Disqus, but I like it too much. :P

In another scenario I’d basically have to install separate databases at each URL, so each URL (tcgscans.com/pokemon, tcgscans.com/magic, etc.) would almost be like separate websites in themselves. That would allow the comments on the homepages to be specific to each game.

I don’t know if that’s the best solution either though because then there are separate backends for each game, and it almost seems more logical to just have different domains for each game at that point.

3. Uhhhh… I guess there are only 2 options. I lost count.

Where the heck is my abacus?

Please let me know if have you an opinion on this! Either comment below or send me an e-mail at adam@tcgscans.com. The more views and thoughts I can get on this, the better. I sometimes get close-minded when I’m analyzing stuff, so your opinions can help me look at this with a more open mindset before moving forward.

Even if you just have other URL ideas besides PkmnCards.com, please share!

I really appreciate the support you’ve all given so far and I want to move forward with this in the best way possible. Thanks!