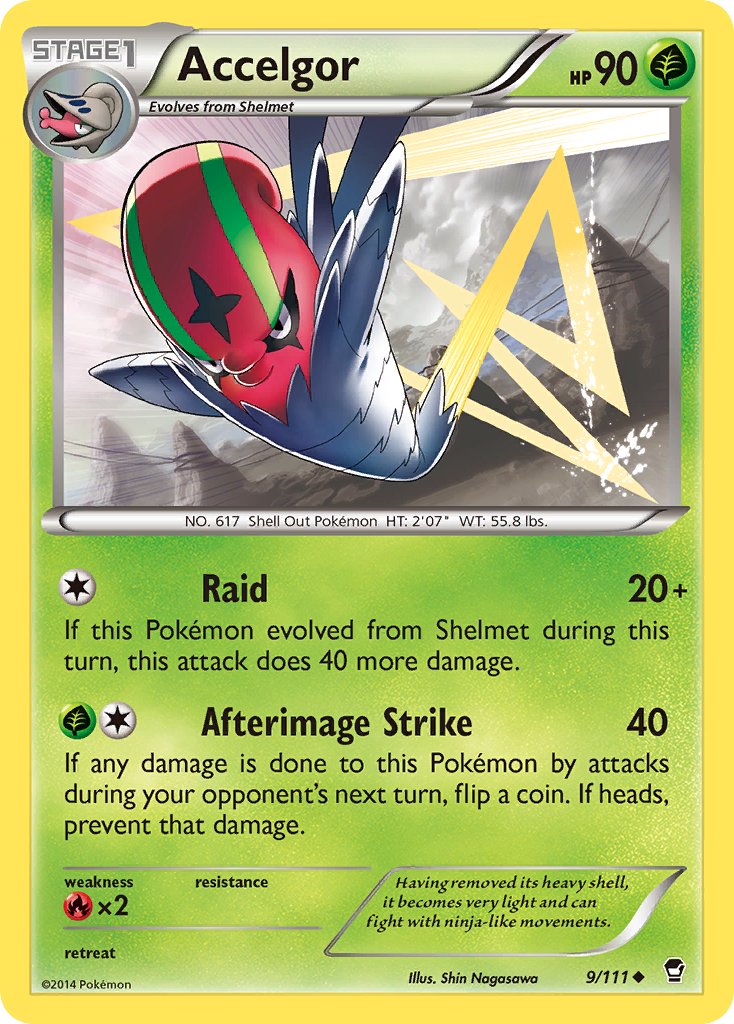 [C] Raid: 20+
If this Pokémon evolved from Shelmet during this turn, this attack does 40 more damage.

[G][C] Afterimage Strike: 40
If any damage is done to this Pokémon by attacks during your opponent’s next turn, flip a coin. If heads, prevent that damage.

Having removed its heavy shell, it becomes very light and can fight with ninja-like movements.