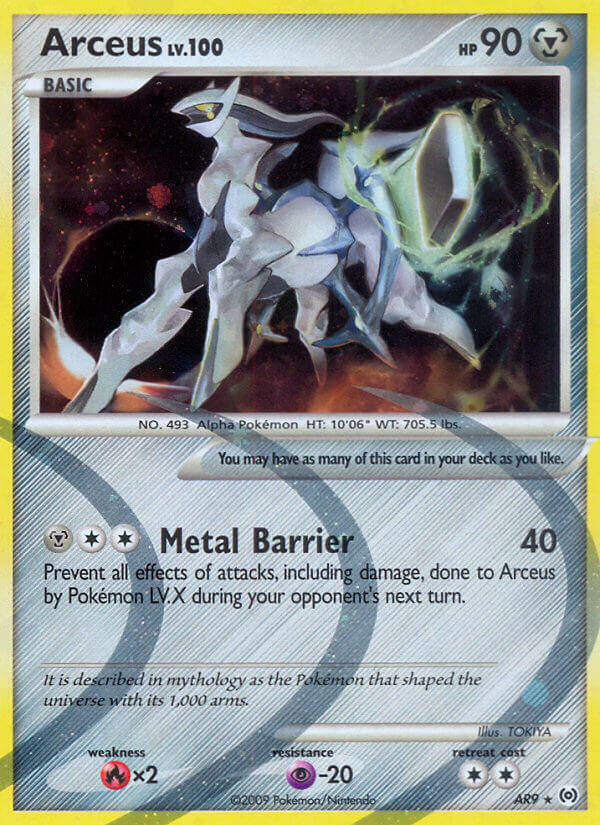 You may have as many of this card in your deck as you like.

[M][C][C] Metal Barrier: 40
Prevent all effects of attacks, including damage, done to Arceus by Pokémon LV.X during your opponent’s next turn.

It is described in mythology as the Pokémon that shaped the universe with its 1,000 arms.