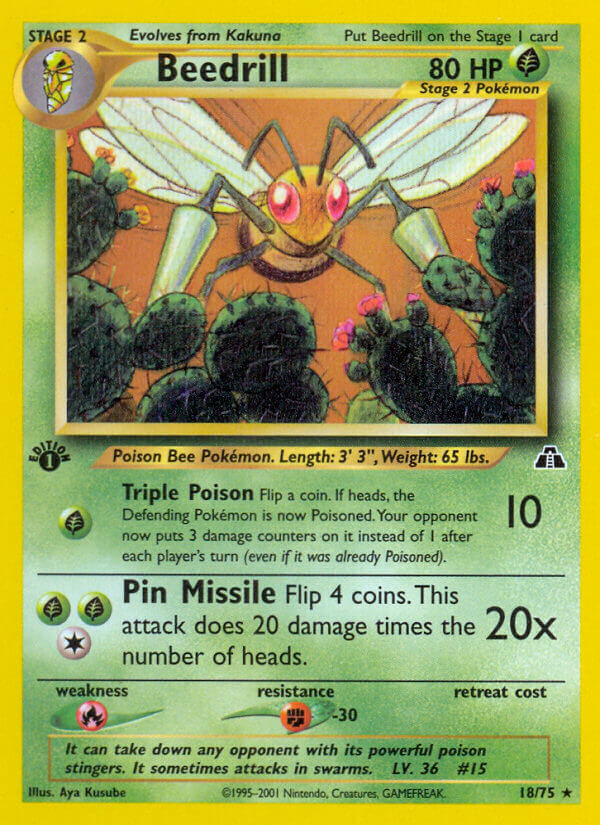 [G] Triple Poison: 10
Flip a coin. If heads, the Defending Pokémon is now Poisoned. Your opponent now puts 3 damage counters on it instead of 1 after each player’s turn (even if it was already Poisoned).

It can take down any opponent with its powerful poison stingers. It sometimes attacks in swarms.