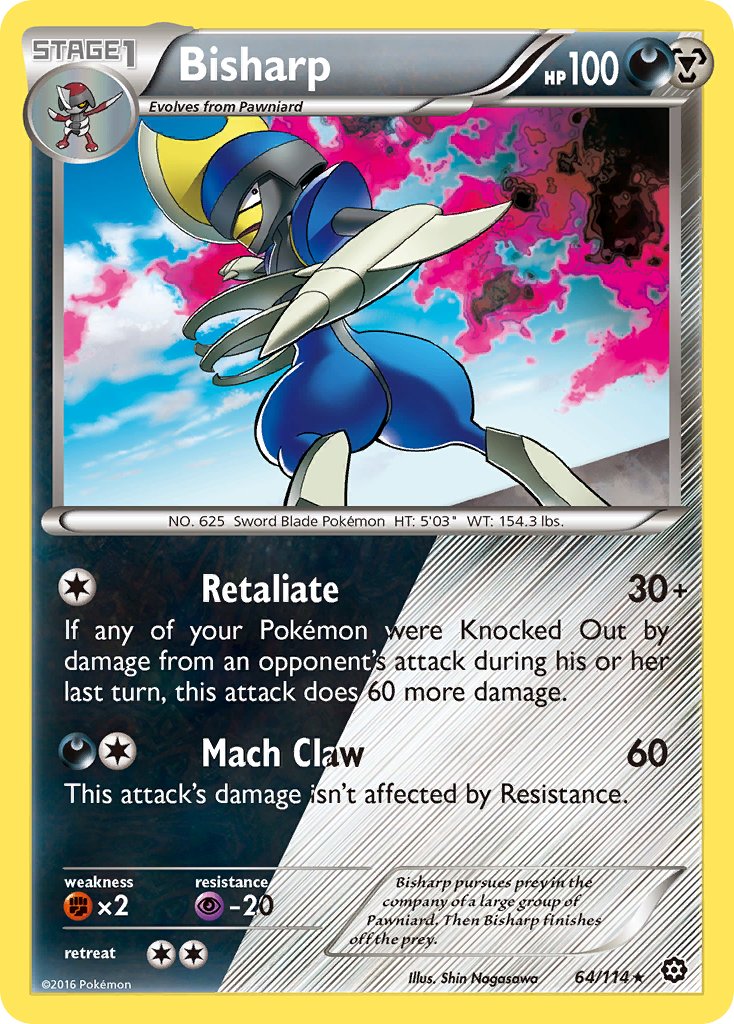 [C] Retaliate: 30+
If any of your Pokémon were Knocked Out by damage from an opponent’s attack during his or her last turn, this attack does 60 more damage.

Bisharp pursues prey in the company of a large group of Pawniard. Then Bisharp finishes off the prey.