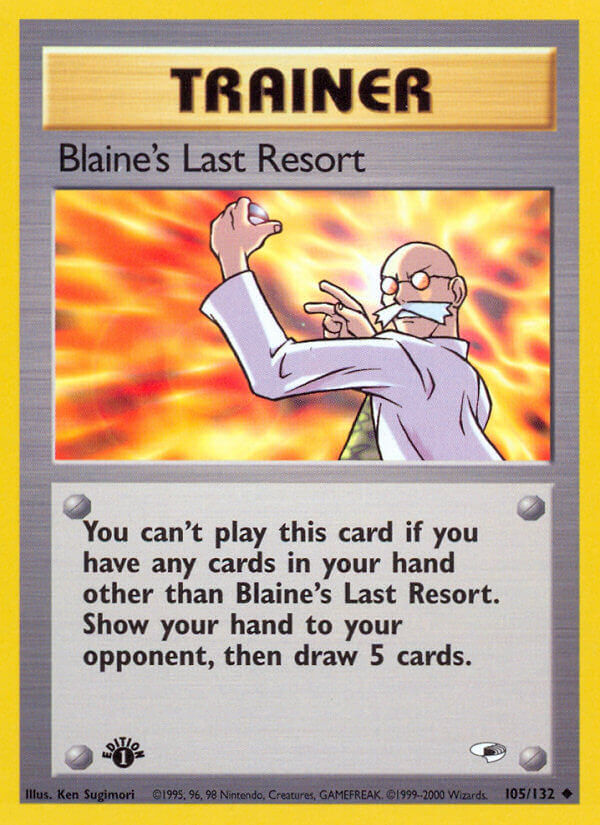 You can’t play this card if you have any cards in your hand other than Blaine’s Last Resort. Show your hand to your opponent, then draw 5 cards.