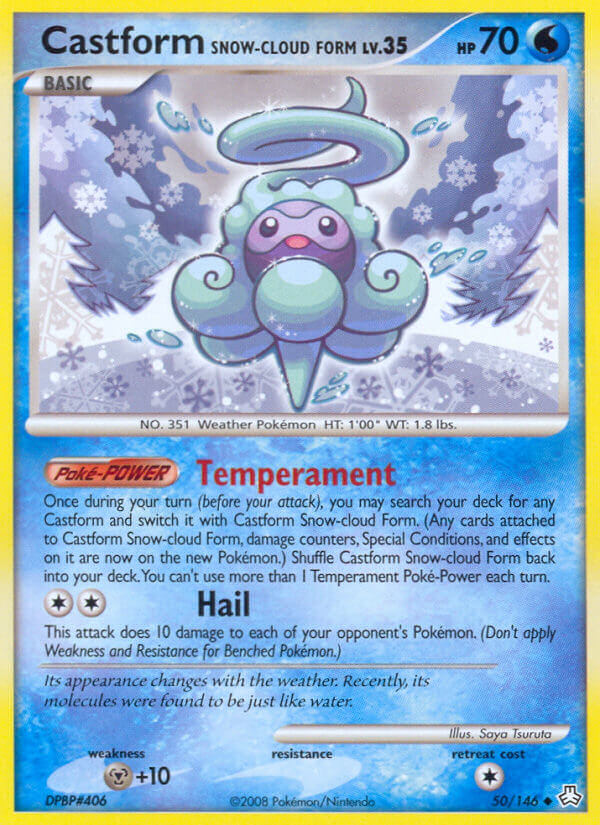 [C][C] Hail
This attack does 10 damage to each of your opponent’s Pokémon. (Don’t apply Weakness and Resistance for Benched Pokémon.)

Its appearance changes with the weather. Recently, its molecules were found to be just like water.