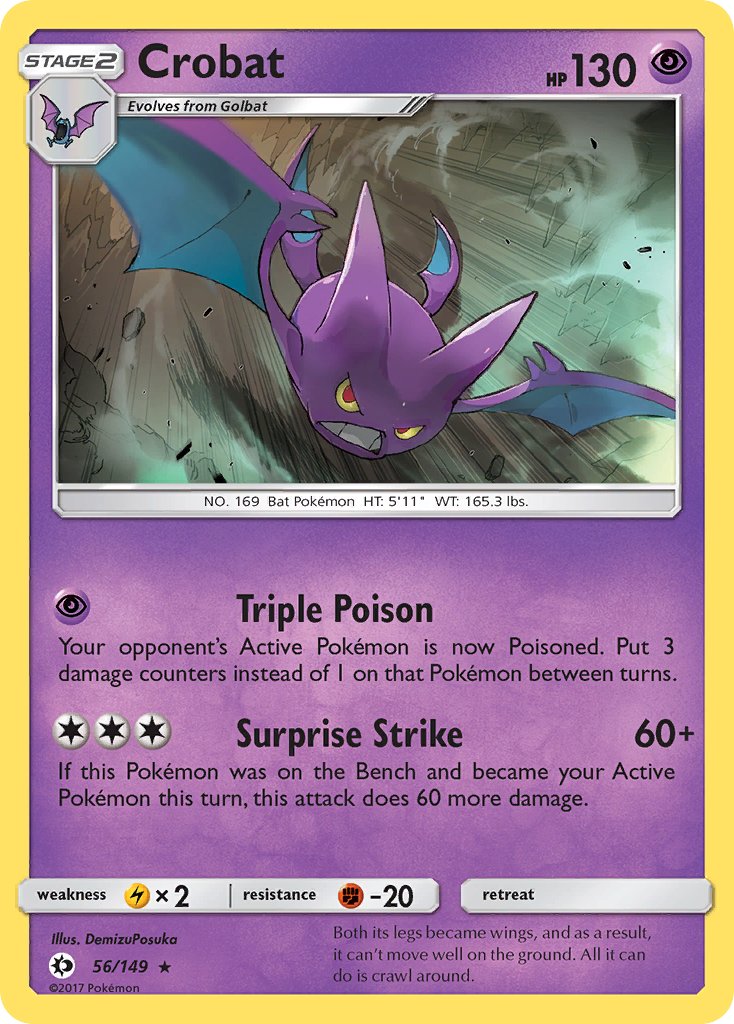 [P] Triple Poison
Your opponent’s Active Pokémon is now Poisoned. Put 3 damage counters instead of 1 on that Pokémon between turns.

[C][C][C] Surprise Strike: 60+
If this Pokémon was on the Bench and became your Active Pokémon this turn, this attack does 60 more damage.

Both its legs became wings, and as a result, it can’t move well on the ground. All it can do is crawl around.