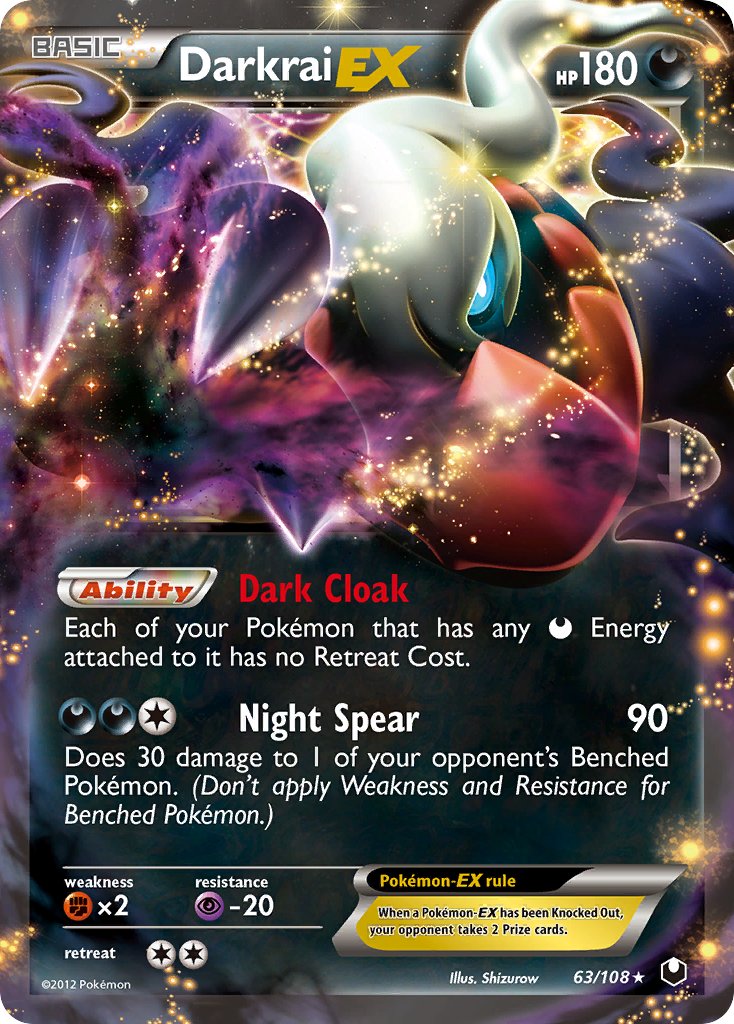 Ability: Dark Cloak
Each of your Pokémon that has any [D] Energy attached to it has no Retreat Cost.

Pokémon-EX rule: When a Pokémon-EX has been Knocked Out, your opponent takes 2 Prize cards.