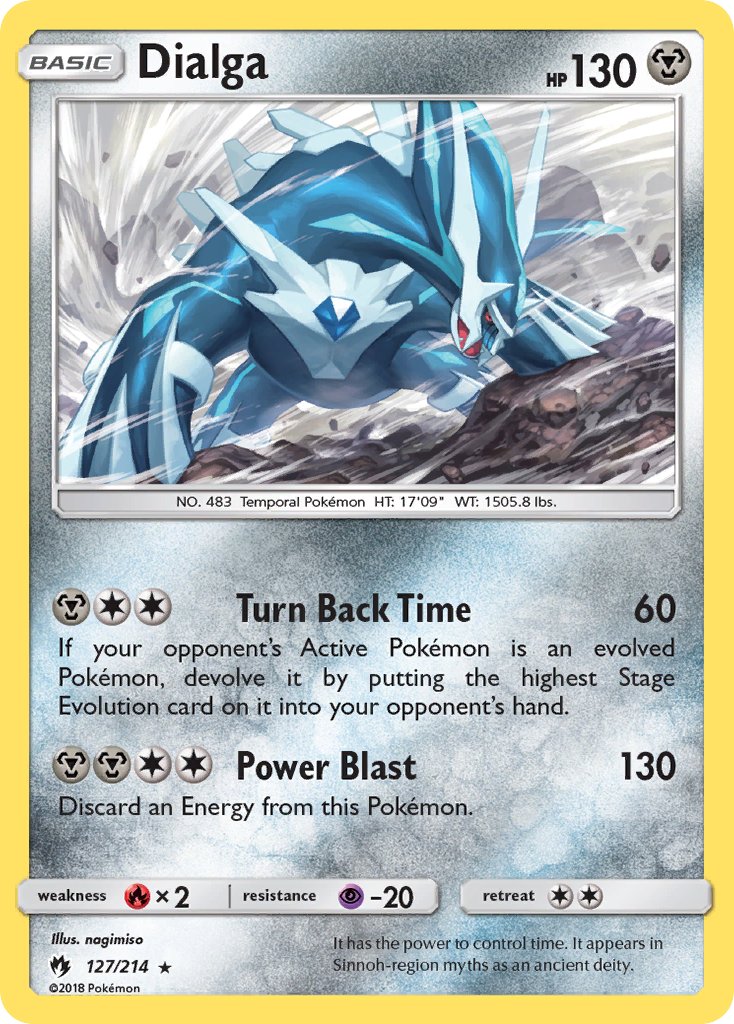 [M][C][C] Turn Back Time: 60
If your opponent’s Active Pokémon is an evolved Pokémon, devolve it by putting the highest Stage Evolution card on it into your opponent’s hand.

It has the power to control time. It appears in Sinnoh-region myths as an ancient deity.