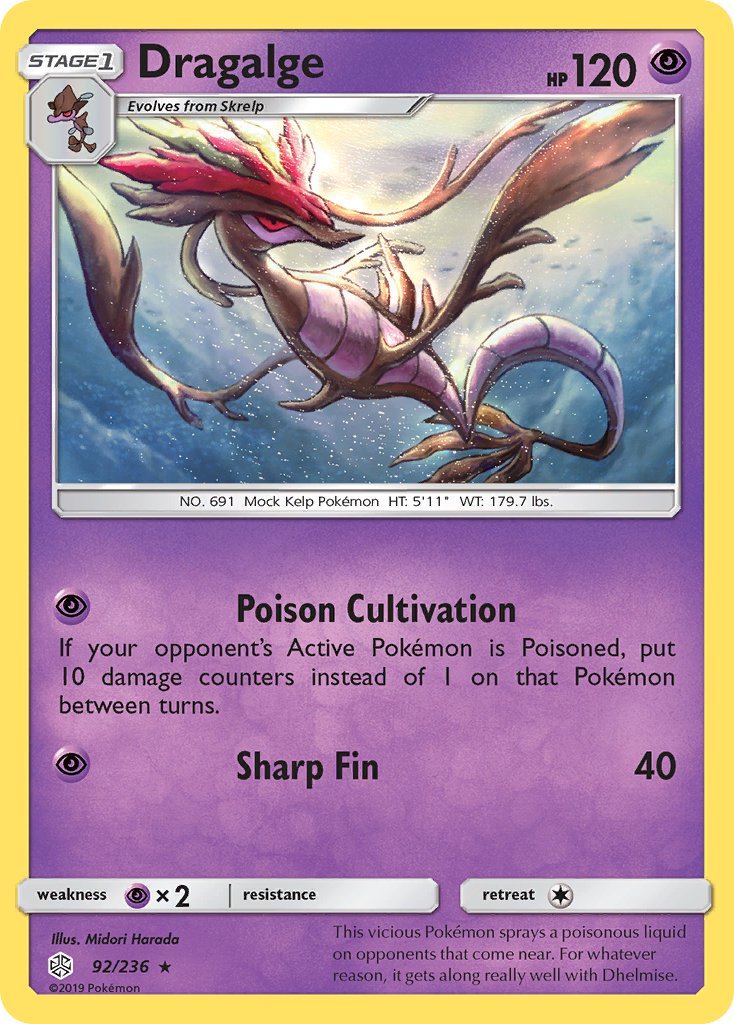 [P] Poison Cultivation
If your opponent’s Active Pokémon is Poisoned, put 10 damage counters instead of 1 on that Pokémon between turns.

This vicious Pokémon sprays a poisonous liquid on opponents that come near. For whatever reason, it gets along really well with Dhelmise.