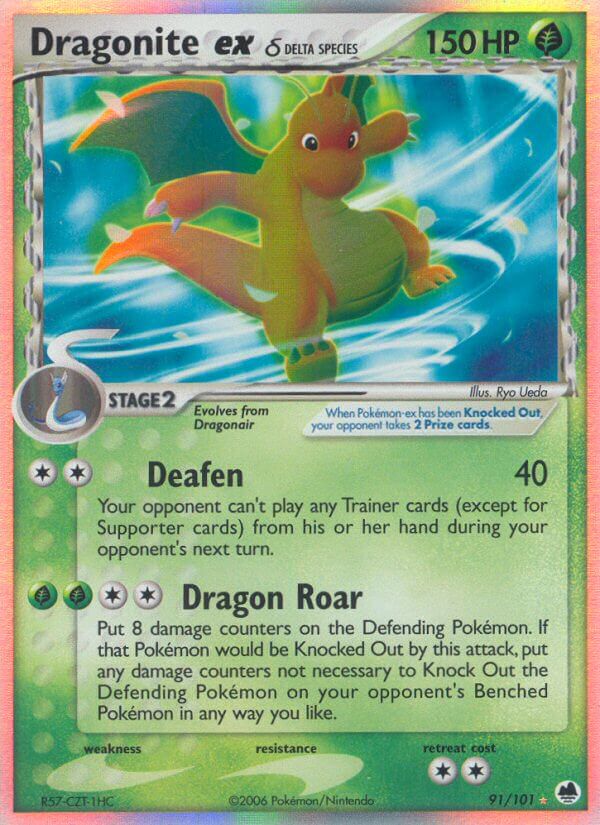 [C][C] Deafen: 40
Your opponent can’t play any Trainer cards (except for Supporter cards) from his or her hand during your opponent’s next turn.

When Pokémon-ex has been Knocked Out, your opponent takes 2 Prize cards.