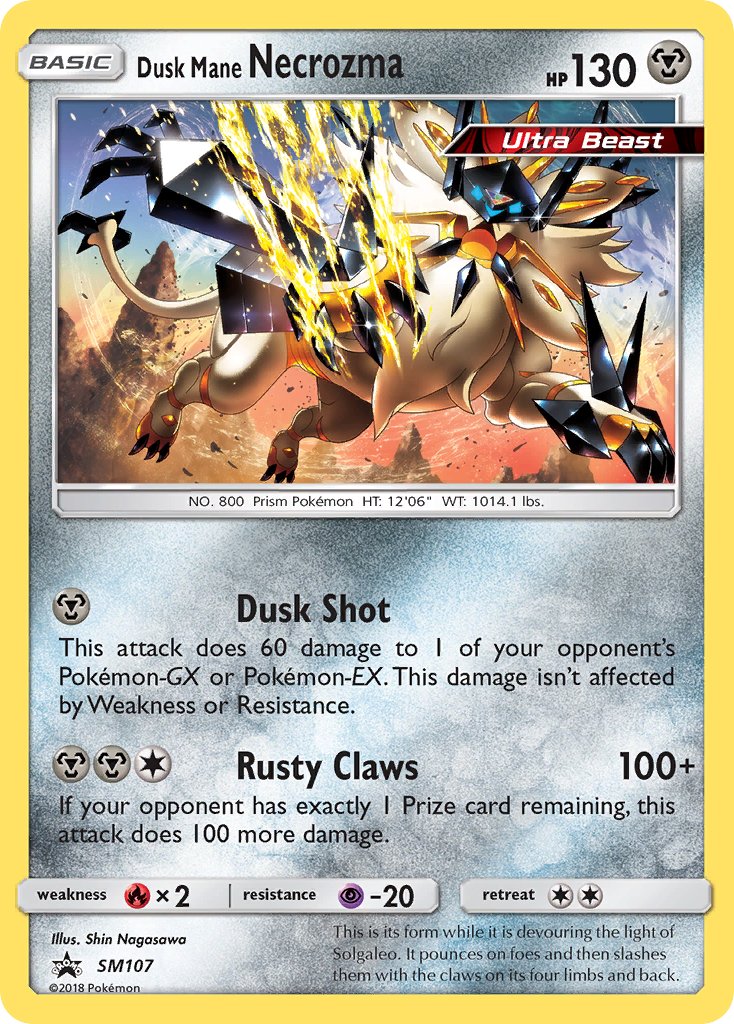 [M] Dusk Shot
This attack does 60 damage to 1 of your opponent’s Pokémon-GX or Pokémon-EX. This damage isn’t affected by Weakness or Resistance.

This is its form with it is devouring the light of Solgaleo. It pounces on its foes and then slashes them with the claws on its four limbs and back.