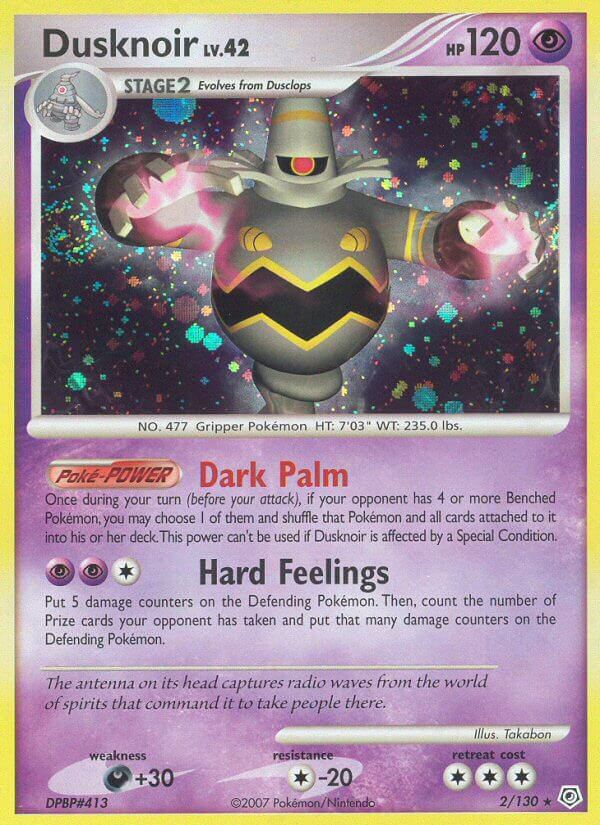 Poké-POWER: Dark Palm
Once during your turn (before your attack), if your opponent has 4 or more Benched Pokémon, you may choose 1 of them and shuffle that Pokémon and all cards attached to it into his or her deck. This power can’t be used if Dusknoir if affected by a Special Condition.

The antenna on its head captures radio waves from the world of spirits that command it to take people there.