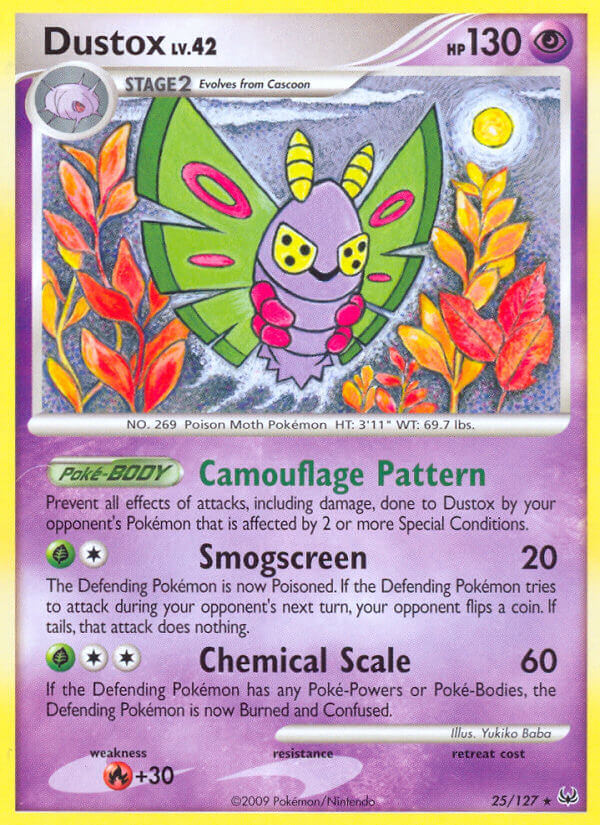 Poké-BODY: Camouflage Pattern
Prevent all effects of attacks, including damage, done to Dustox by your opponent’s Pokémon that is affected by 2 or more Special Conditions.