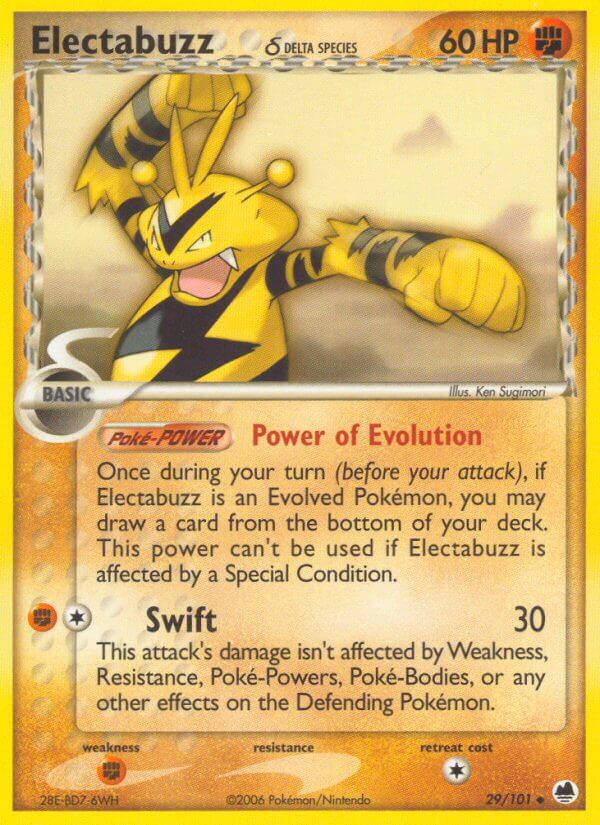 Poké-POWER: Power of Evolution
Once during your turn (before your attack), if Electabuzz is an Evolved Pokémon, you may draw a card from the bottom of your deck. This power can’t be used if Electabuzz is affected by a Special Condition.

[F][C] Swift: 30
This attack’s damage isn’t affected by Weakness, Resistance, Poké-Powers, Poké-Bodies, or any other effects on the Defending Pokémon.