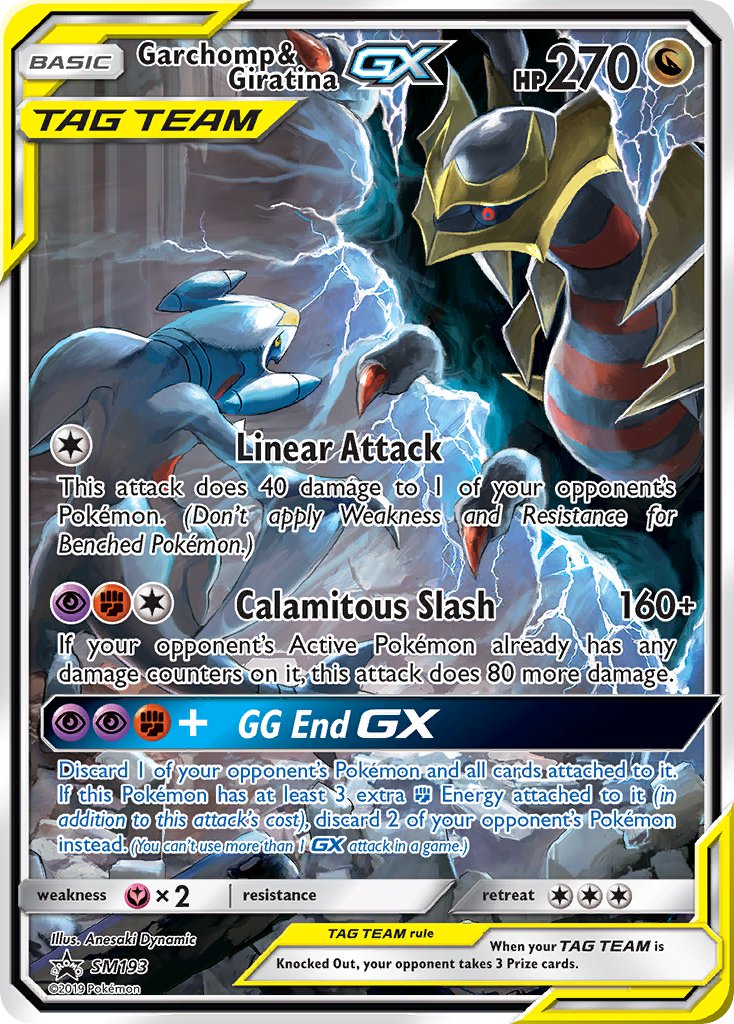 [C] Linear Attack
This attack does 40 damage to 1 of your opponent’s Pokémon. (Don’t apply Weakness and Resistance for Benched Pokémon.)

[P][F][C] Calamitous Slash: 160+
If your opponent’s Active Pokémon already has any damage counters on it, this attack does 80 more damage.

TAG TEAM rule: When your TAG TEAM is Knocked Out, your opponent takes 3 Prize cards.