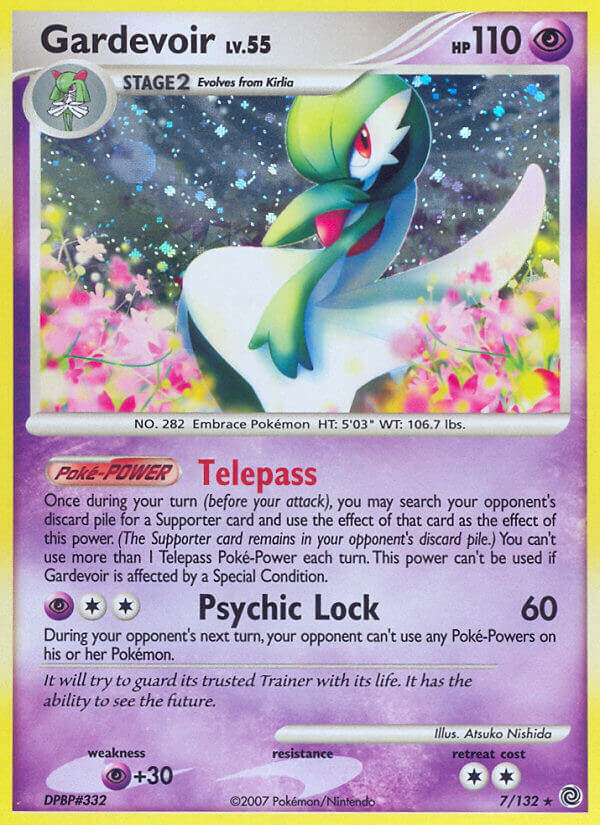 Poké-POWER: Telepass
Once during your turn (before your attack), you may search your opponent’s discard pile for a Supporter card and use the effect of that card as the effect of this power. (The Supporter card remains in your opponent’s discard pile.) You can’t use more than 1 Telepass Poké-Power each turn. This power can’t be used if Gardevoir is affected by a Special Condition.

[P][C][C] Psychic Lock: 60
During your opponent’s next turn, your opponent can’t use any Poké-Powers on his or her Pokémon.

It will try to guard its trusted Trainer with its life. It has the ability to see the future.