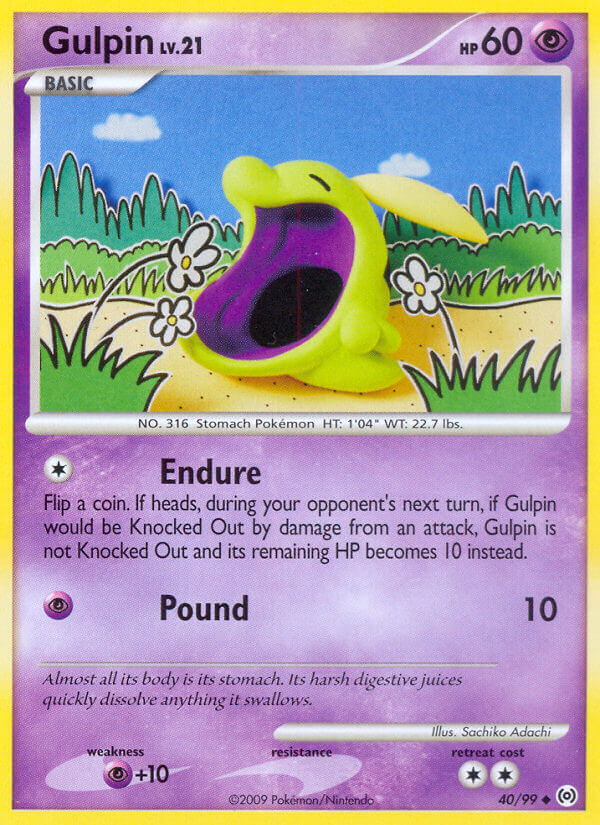 [C] Endure
Flip a coin. If heads, during your opponent’s next turn, if Gulpin would be Knocked Out by damage from an attack, Gulpin is not Knocked Out and its remaining HP becomes 10 instead.

Almost all of its body is its stomach. Its harsh digestive juices quickly dissolve anything it swallows.