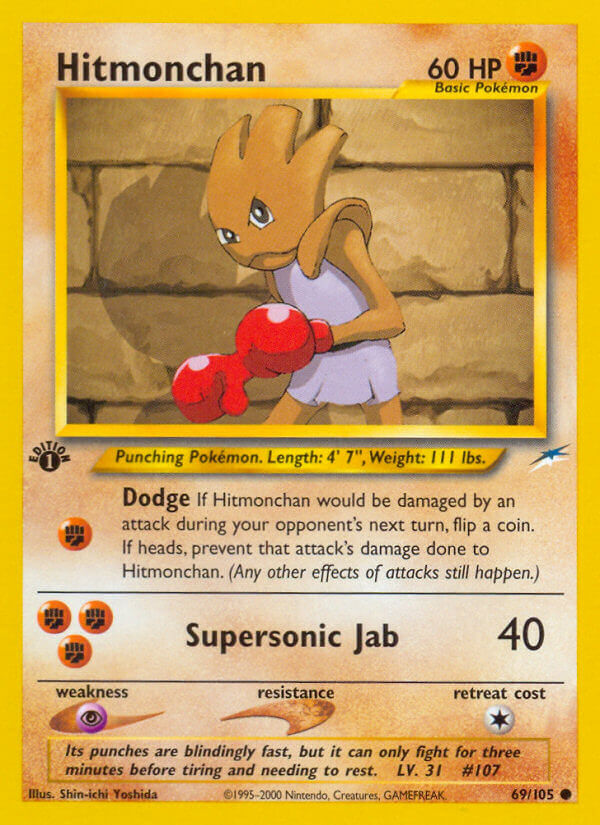 [F] Dodge
If Hitmonchan would be damaged by an attack during your opponent’s next turn, flip a coin. If heads, prevent that attack’s damage done to Hitmonchan. (Any other effects of attacks still happen.)

Its punches are blindingly fast, but it can only fight for three minutes before tiring and needing to rest.