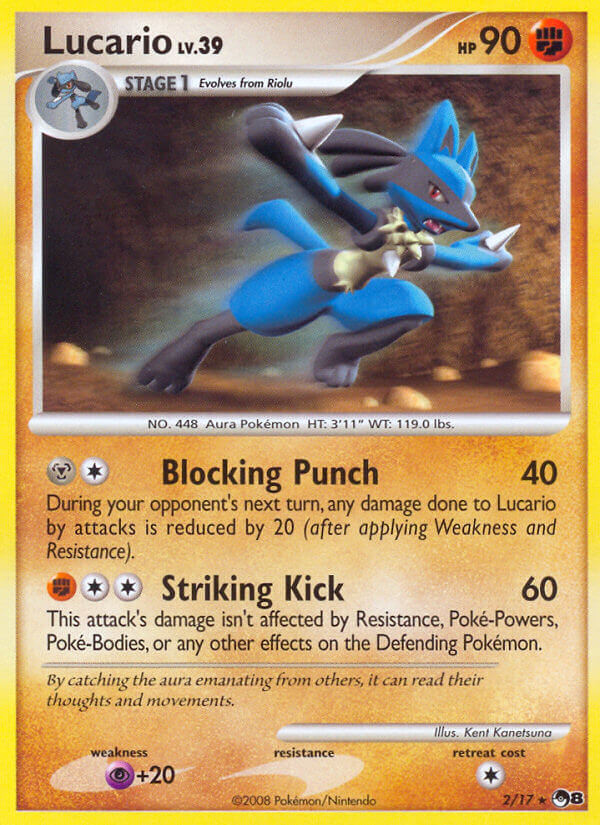 [M][C] Blocking Punch: 40
During your opponent’s next turn, any damage done to Lucario by attacks is reduced by 20 (after applying Weakness and Resistance).

[F][C][C] Striking Kick: 60
This attack’s damage isn’t affected by Resistance, Poké-Powers, Poké-Bodies, or any other effects on the Defending Pokémon

By catching the aura emanating from others, it can read their thoughts and movements.