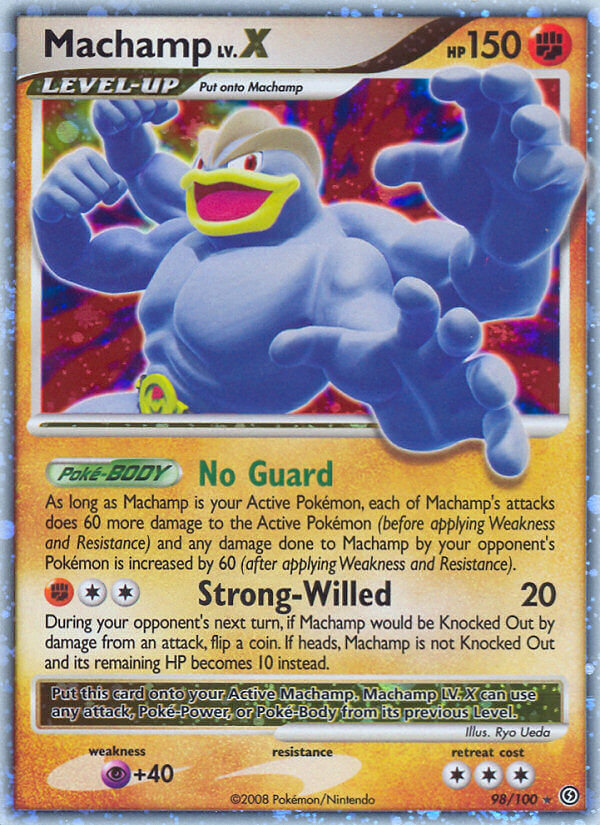 [F][C][C] Strong-Willed: 20
During your opponent’s next turn, if Machamp would be Knocked Out by damage from an attack, flip a coin. If heads, Machamp is not Knocked Out and its remaining HP becomes 10 instead.

Put this card onto your Active Machamp. Machamp LV.X can use any attack, Poké-Power, or Poké-Body from its previous level.