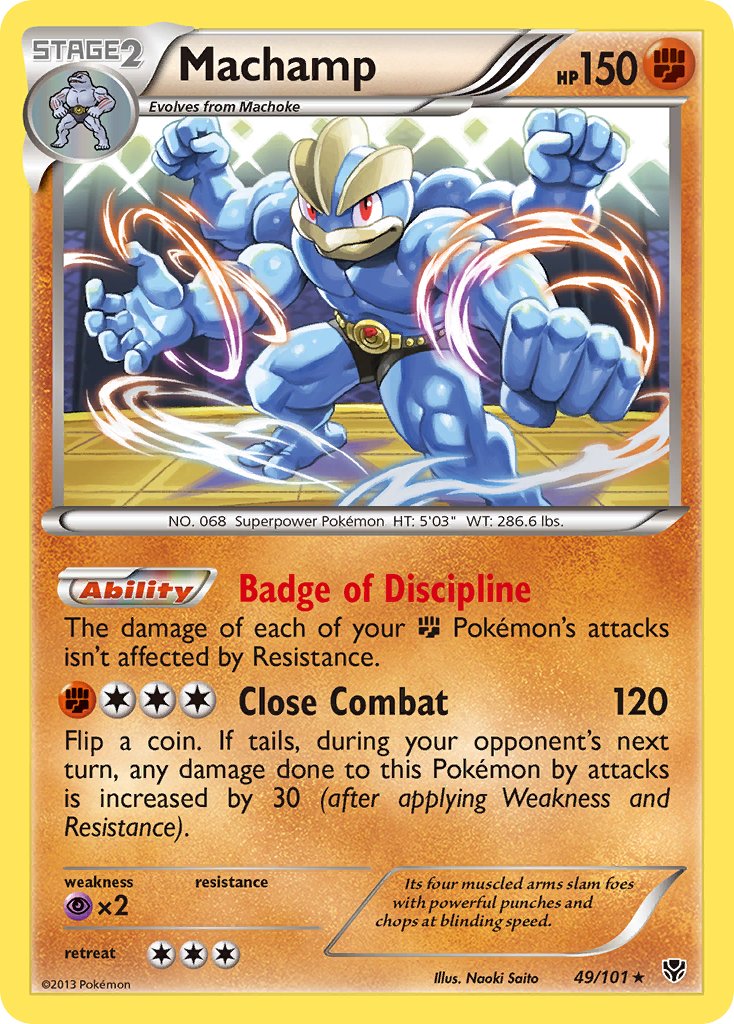 Ability: Badge of Discipline
The damage of each of your [F] Pokémon’s attacks isn’t affected by Resistance.

[F][C][C][C] Close Combat: 120
Flip a coin. If tails, during your opponent’s next turn, any damage done to this Pokémon by attacks is increased by 30 (after applying Weakness and Resistance).