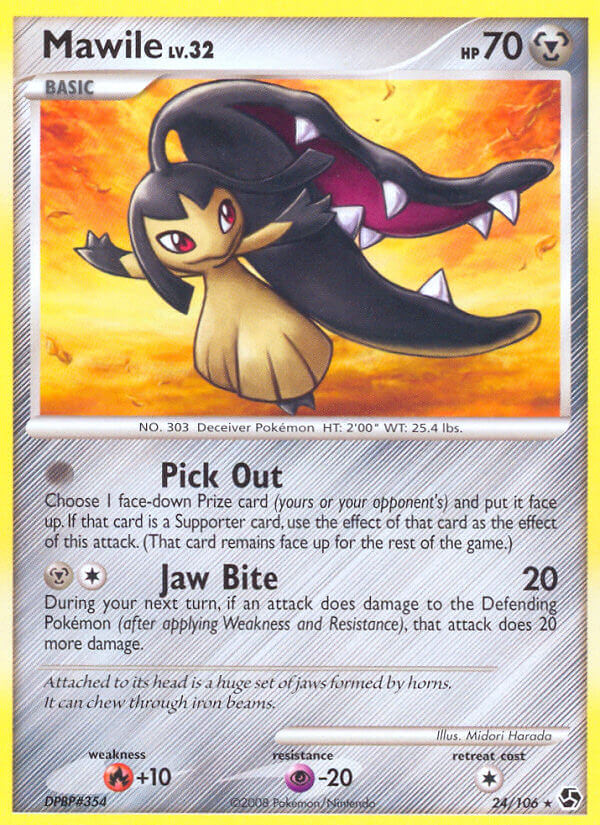 [-] Pick Out
Choose 1 face-down Prize card (yours or your opponent’s) and put it face up. If that card is a Supporter card, use the effect of that card as the effect of this attack. (That card remains face up for the rest of the game.)

[M][C] Jaw Bite: 20
During your next turn, if an attack does damage to the Defending Pokémon (after applying Weakness and Resistance), that attack does 20 more damage.

Attached to its head is a huge set of jaws formed by horns. It can chew through iron beams.