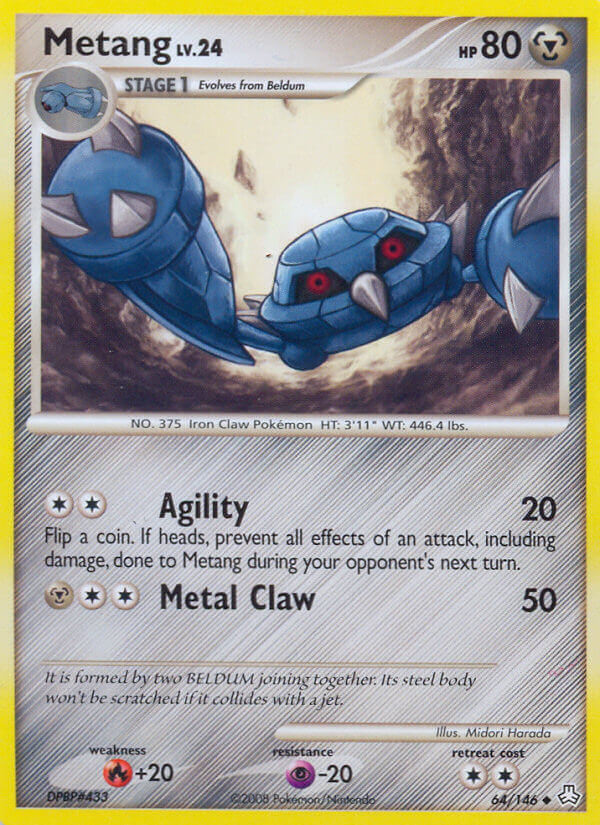 [C][C] Agility: 20
Flip a coin. If heads, prevent all effects of an attack, including damage, done to Metang during your opponent’s next turn.

It is formed by two Beldum joining together. Its steel body won’t be scratched if it collides with a jet.