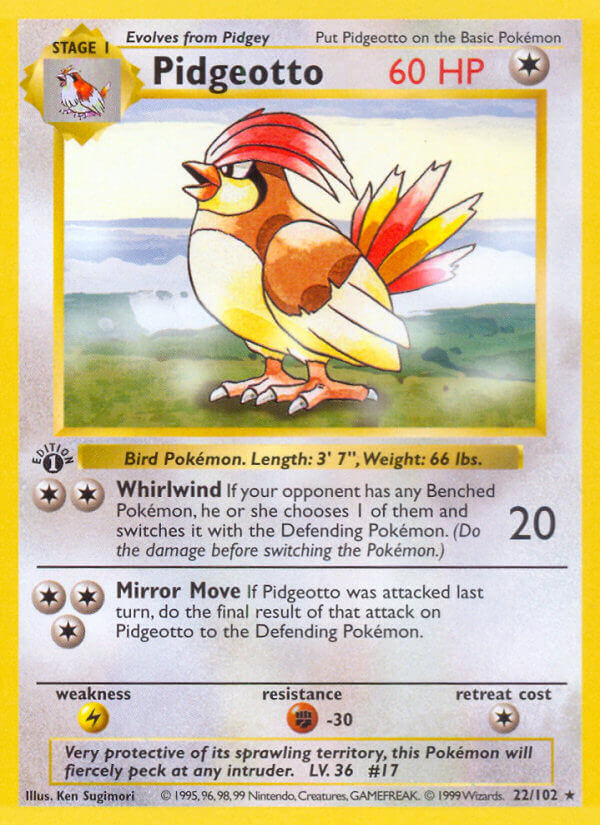 [C][C] Whirlwind: 20
If your opponent has any Benched Pokémon, he or she chooses 1 of them and switches it with the Defending Pokémon. (Do the damage before switching the Pokémon.)

[C][C][C] Mirror Move
If Pidgeotto was attacked last turn, do the final result of that attack on Pidgeotto to the Defending Pokémon.

Very protective of its sprawling territory, this Pokémon will fiercely peck at any intruder.