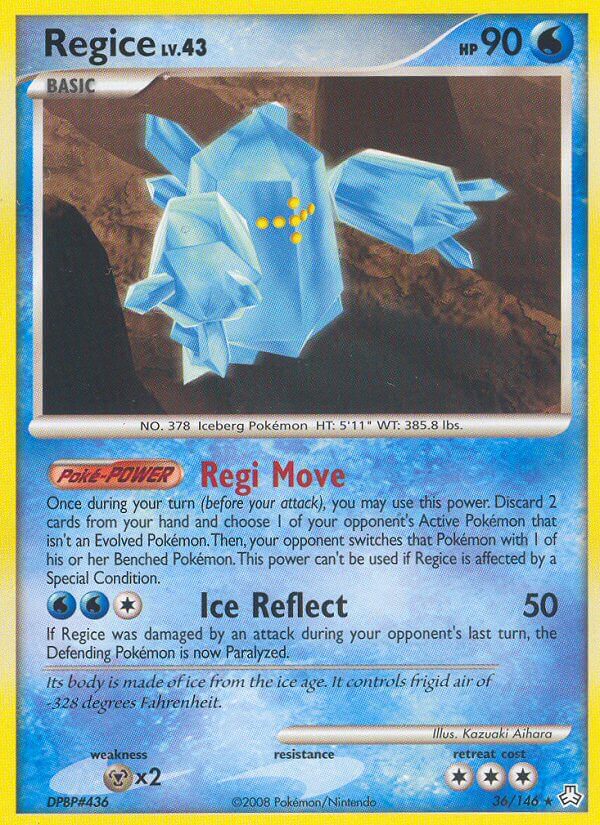 Poké-POWER: Regi Move
Once during your turn (before your attack), you may use this power. Discard 2 cards from your hand and choose 1 of your opponent’s Active Pokémon that isn’t an Evolved Pokémon. Then, your opponent switches that Pokémon with 1 of his or her Benched Pokémon. This power can’t be used if Regice is affected by a Special Condition.

[W][W][C] Ice Reflect: 50
If Regice was damaged by an attack during your opponent’s last turn, the Defending Pokémon is now Paralyzed.

Its body is made of ice from the ice age. It controls frigid air of -328 degrees Fahrenheit.