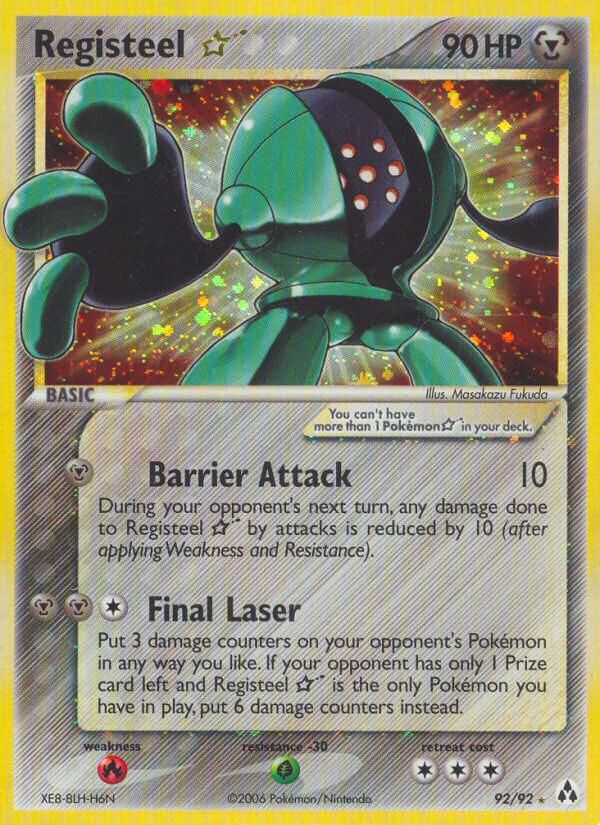 [M] Barrier Attack: 10
During your opponent’s next turn, any damage done to Registeel Star by attacks is reduced by 10 (after applying Weakness and Resistance).

You can’t have more than 1 Pokémon Star in your deck.