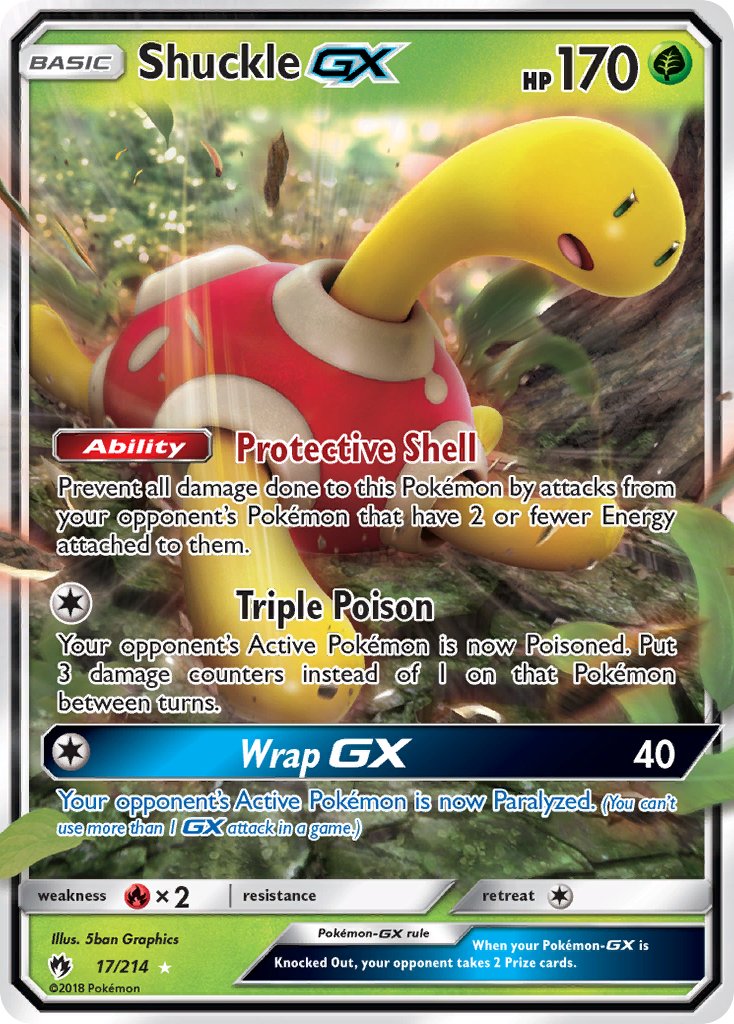 Ability: Protective Shell
Prevent all damage done to this Pokémon by attacks from your opponent’s Pokémon that have 2 or fewer Energy attached to them.

[C] Triple Poison
Your opponent’s Active Pokémon is now Poisoned. Put 3 damage counters instead of 1 on that Pokémon between turns.

[C] Wrap-GX: 40
Your opponent’s Active Pokémon is now Paralyzed. (You can’t use more than 1 GX attack in a game.)