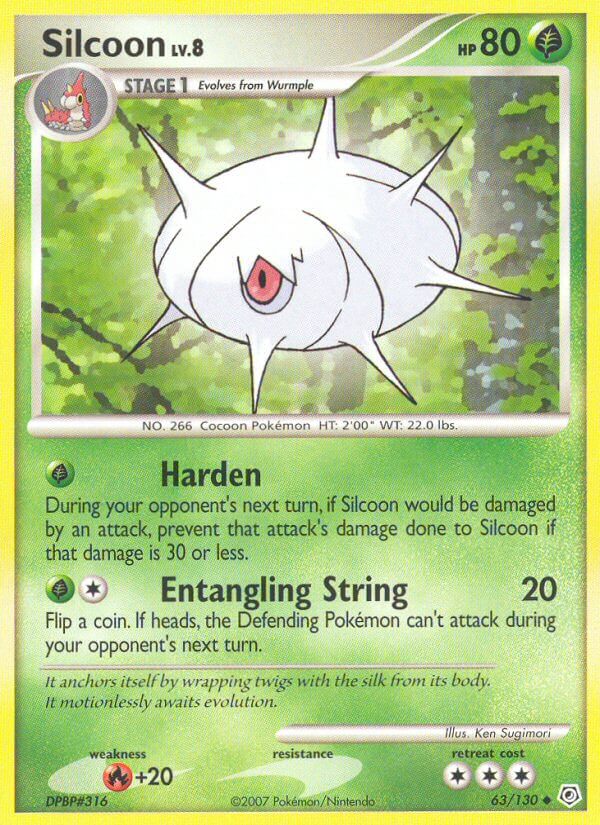 [G] Harden
During your opponent’s next turn, If Silcoon would be damaged by an attack, prevent that attack’s damage done to Silcoon if that damage is 30 or less.

[G][C] Entangling String: 20
Flip a coin. If heads, the Defending Pokémon can’t attack during your opponent’s next turn.

It anchors itself by wrapping twigs with the silk from its body. It motionlessly awaits evolution.