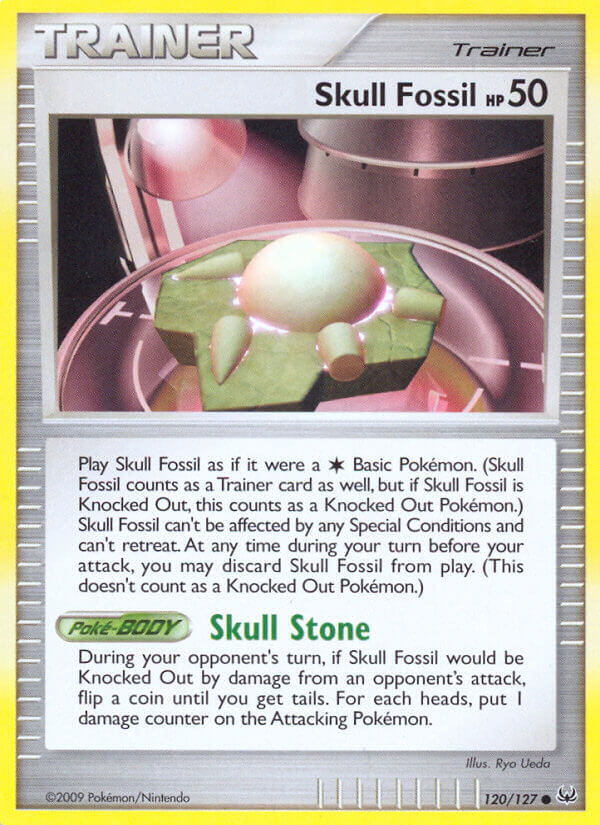 Poké-BODY: Skull Stone
During your opponent’s turn, if Skull Fossil would be Knocked Out by damage from an opponent’s attack, flip a coin until you get tails. For each heads, put 1 damage counter on the Attacking Pokémon.