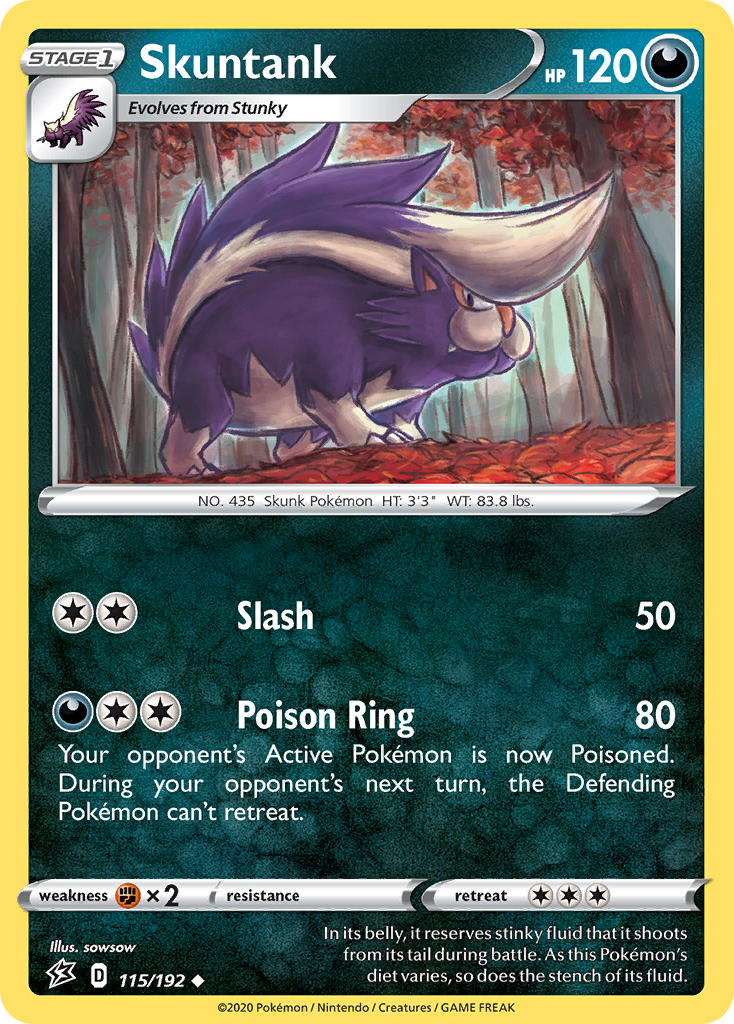 [D][C][C] Poison Ring: 80
Your opponent’s Active Pokémon is now Poisoned. During your opponent’s next turn, the Defending Pokémon can’t retreat.

In its belly, it reserves stinky fluid that it shoots from its tail during battle. As this Pokémon’s diet varies, so does the stench of its fluid.