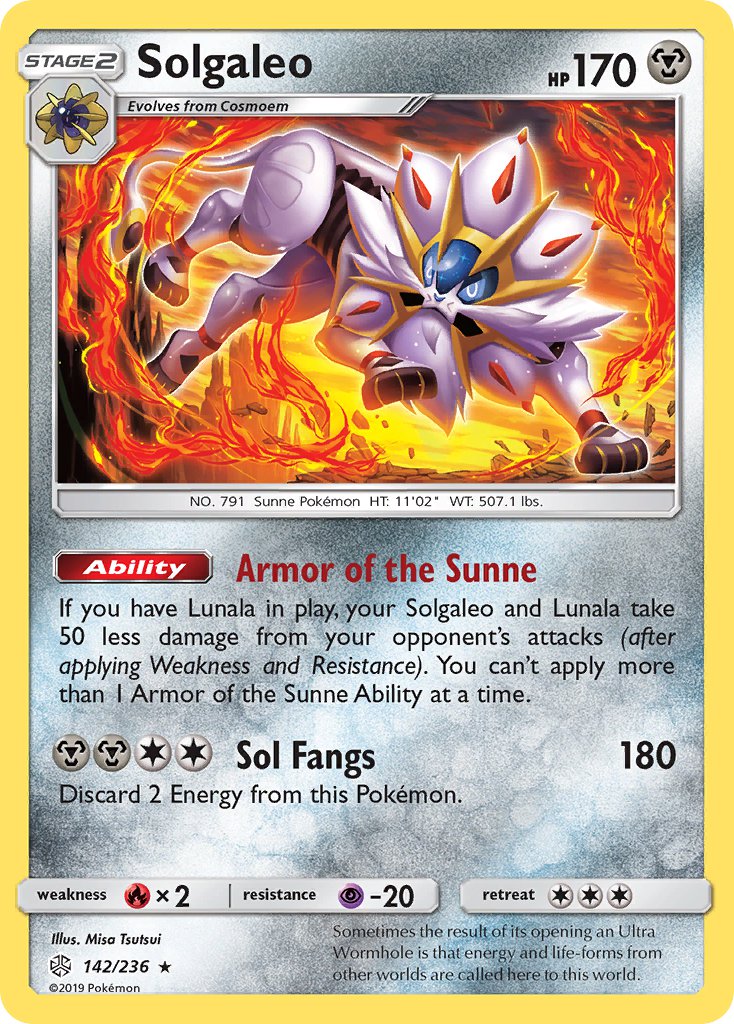 Ability: Armor of the Sunne
If you have Lunala in play, your Solgaleo and Lunala take 50 less damage from your opponent’s attacks (after applying Weakness and Resistance). You can’t apply more than 1 Armor of the Sunne Ability at a time.

Sometimes the result of its opening an Ultra Wormhole is that energy and life-forms from other worlds are called here to this world.