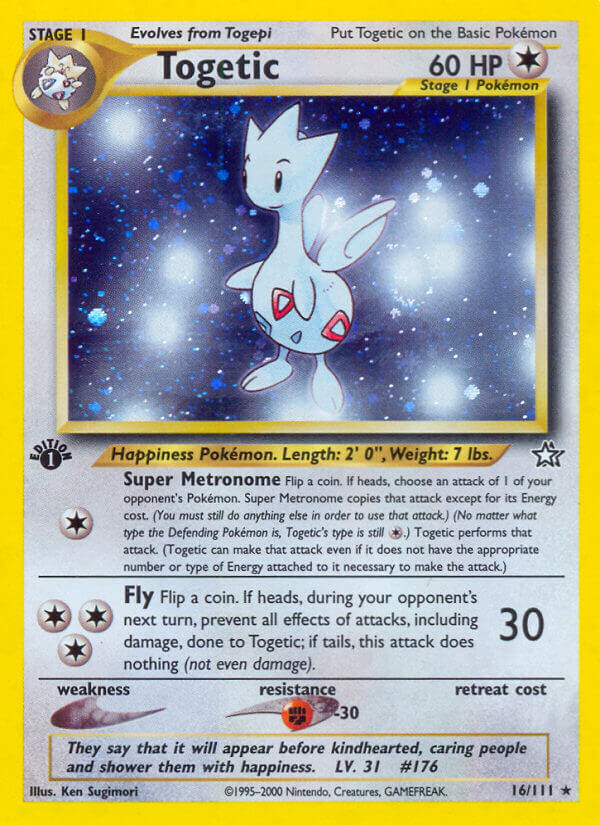 [C] Super Metronome
Flip a coin. If heads, choose an attack on 1 of your opponent’s Pokémon. Super Metronome copies that attack except for its Energy cost. (You must still do anything else in order to use that attack.) (No matter what type the Defending Pokémon is, Togetic’s type is still [C].) Togetic performs that attack. (Togetic can make that attack even if it does not have the appropriate number or type of Energy attached to it necessary to make the attack.)

[C][C][C] Fly: 30
Flip a coin. If heads, during your opponent’s next turn, prevent all effects of attacks, including damage, done to Togetic; if tails, this attack does nothing (not even damage).

They say that it will appear before kindhearted, caring people and shower them with happiness.