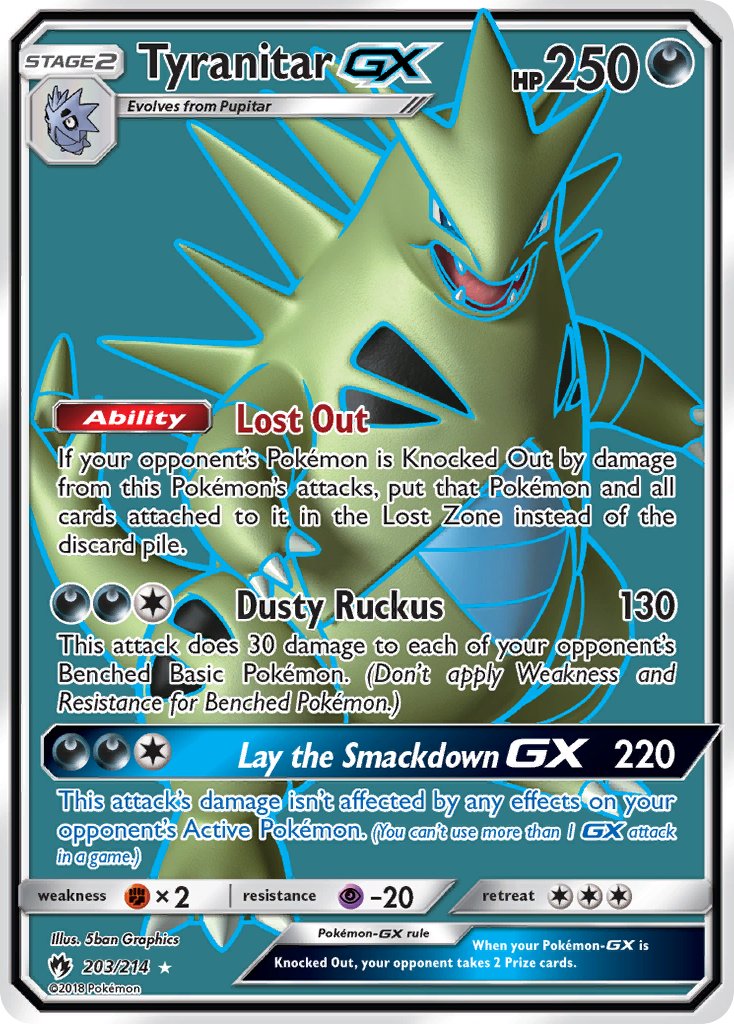 Ability: Lost Out
If your opponent’s Pokémon is Knocked Out by damage from this Pokémon’s attacks, put that Pokémon and all cards attached to it in the Lost Zone instead of the discard pile.

[D][D][C] Dusty Ruckus: 130
This attack does 30 damage to each of your opponent’s Benched Basic Pokémon. (Don’t apply Weakness and Resistance for Benched Pokémon.)

[D][D][C] Lay the Smackdown-GX: 220
This attack’s damage isn’t affected by any effects on your opponent’s Active Pokémon. (You can’t use more than 1 GX attack in a game.)