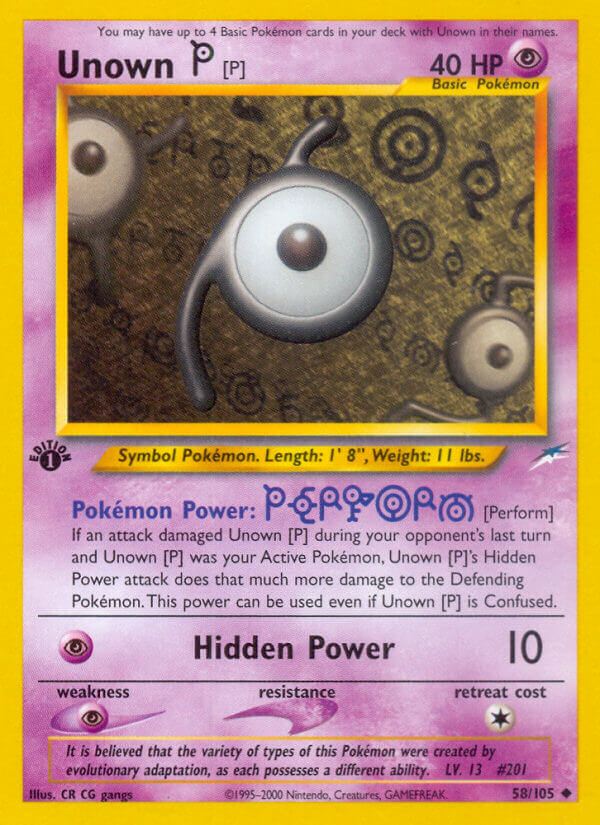 Pokémon Power: [Perform]
If an attack damaged Unown [P] during your opponent’s last turn and Unown [P] was your Active Pokémon, Unown [P]’s Hidden Power attack does that much more damage to the Defending Pokémon. This power can be used even if Unown [P] is Confused.

You may have up to 4 Basic Pokémon cards in your deck with Unown in their names.

It is believed that the variety of types of this Pokémon were created by evolutionary adaptation, as each possesses a different ability.