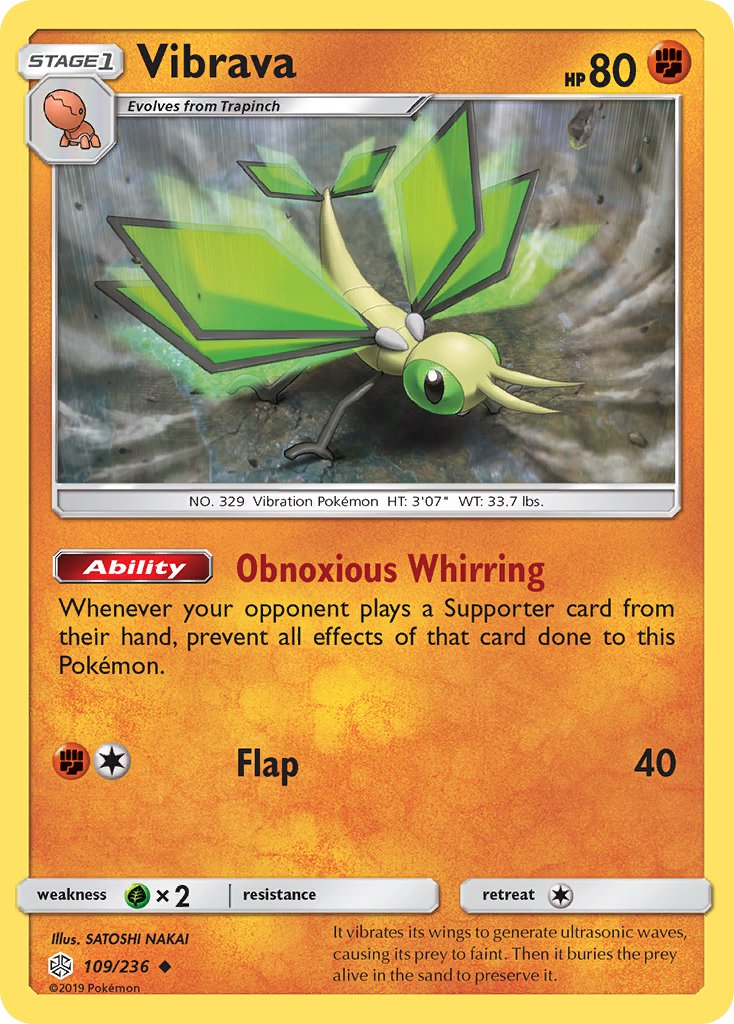 Ability: Obnoxious Whirring
Whenever your opponent plays a Supporter card from their hand, prevent all effects of that card done to this Pokémon.

It vibrates its wings to generate ultrasonic waves, causing its prey to faint. Then it buries the prey alive in the sand to preserve it.