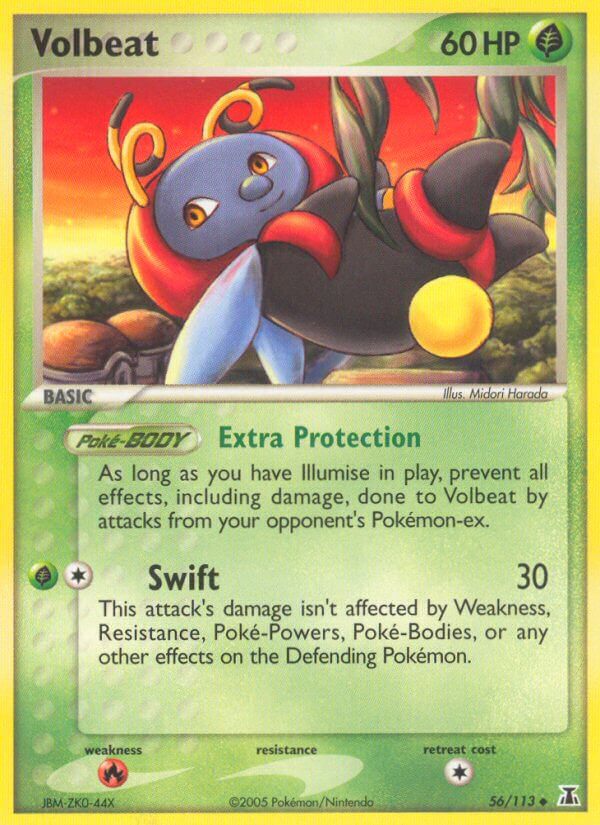 Poké-BODY: Extra Protection
As long as you have Illumise in play, prevent all effects, including damage, done to Volbeat by attacks from your opponent’s Pokémon-ex.

[G][C] Swift: 30
This attack’s damage isn’t affected by Weakness, Resistance, Poké-Powers, Poké-Bodies, or any other effects on the Defending Pokémon.