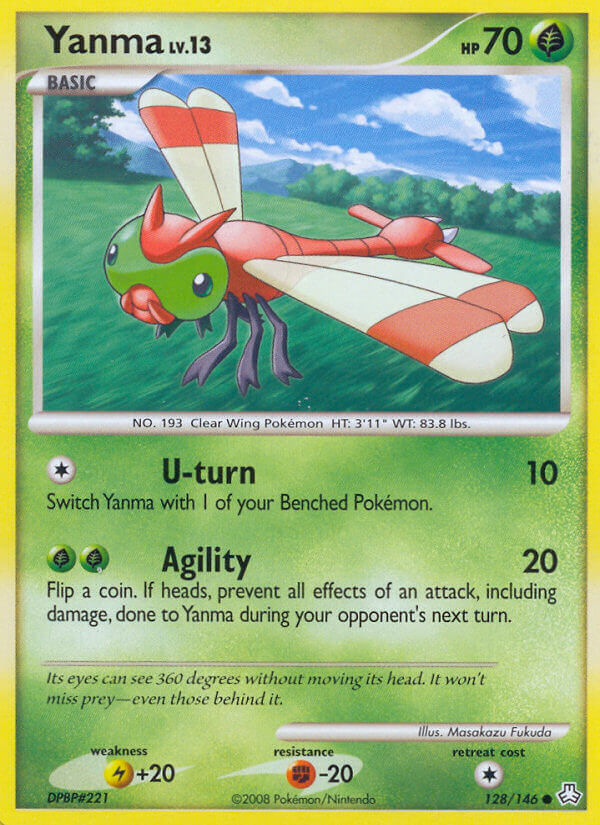 [G][G] Agility: 20
Flip a coin. If heads, prevent all effects of an attack, including damage, done to Yanma during your opponent’s next turn.

Its eyes can see 360 degrees without moving its head. It won’t miss prey—even those behind it.