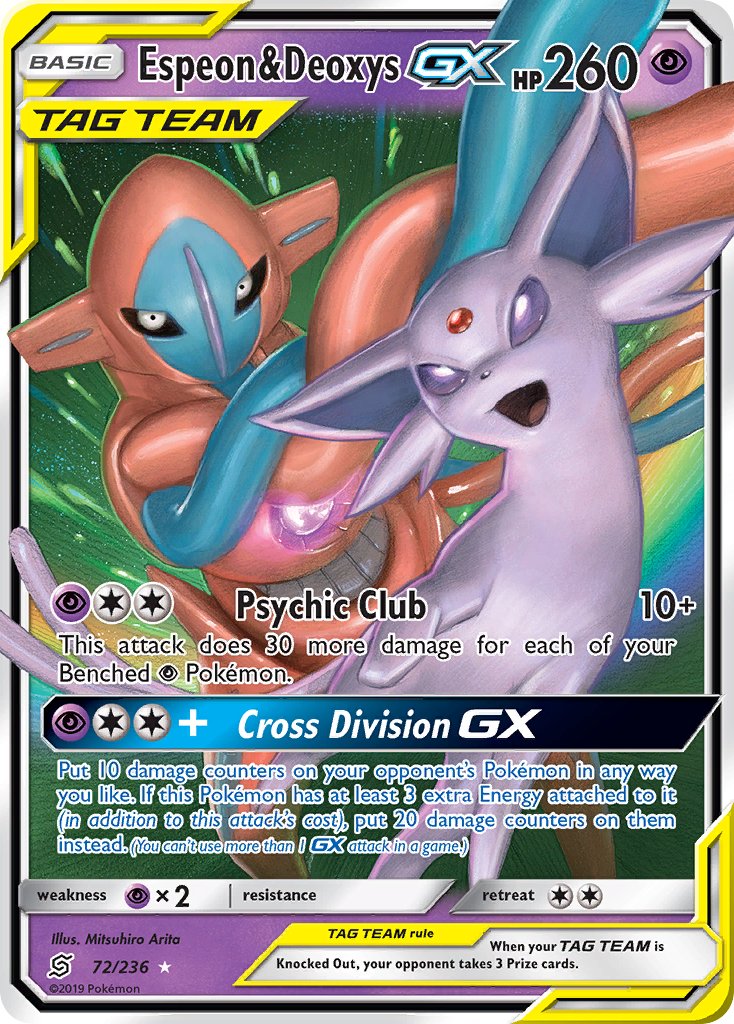 [P][C][C] Cross Division-GX
Put 10 damage counters on your opponent’s Pokémon in any way you like. If this Pokémon has at least 3 extra Energy attached to it (in addition to this attack’s cost), put 20 damage counters on them instead. (You can’t use more than 1 GX attack in a game.)

TAG TEAM rule: When your TAG TEAM is Knocked Out, your opponent takes 3 Prize cards.